You can always buy Greek yogurt in a store. However, there’s something awesome about making it right at home. Learning how to make Greek yogurt is easier than most people think, too.

After you make homemade yogurt, there’s an extra step. Of course, you can always eat the yogurt as-is and after it cools. But, the extra step is what turns your regular homemade yogurt into tasty Greek yogurt.

Greek or ‘Greek-style yogurt’ is a type of strained yogurt. Strained yogurt is yogurt that has been strained of its whey content after the culturing process. The straining gets rid of the whey, leaving behind a thicker yogurt that’s said to have a consistency between ‘unstained yogurt and soft cheese.’

Although traditional strained yogurt is typically made from sheep’s milk, it’s commonly made from cow’s milk, especially for the Greek-style yogurt you can find in stores today.

In fact, most Greek yogurt is made from cow’s milk nowadays, particularly if you’re going to buy it in stores or make it at home.

Greek yogurt with a yogurt maker 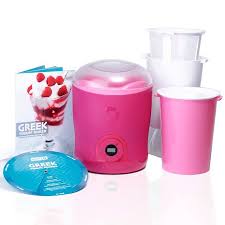 The following recipe we’re about to show you use whole milk, as its fat content is perfect for making a thick Greek-style yogurt. Although you can use skim or low fat milk, they produce thinner yogurts that will need thickening before you strain.

The homemade Greek yogurt recipe can be made with your normal kitchen utensils but also quite easily transformed to use with a yogurt maker. A yogurt maker machine will take all the problems and timing issues out of your hands. Put in the ingredients and set the timer and you’ll have fresh Greek yogurt whenever you want! 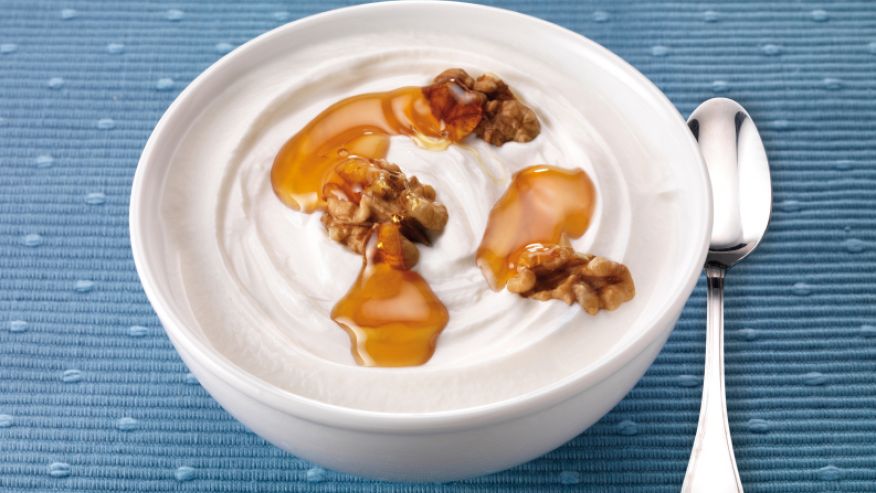 Once again, make sure your equipment is sterilized before you start. You can do that by pouring boiling water into each of the containers you plan to use for storing your yogurt. After you pour in the hot water, wait about 5 minutes and then pour out the water to let the containers dry.

You’ll also need cheesecloth and some twine for the straining process. While you can use other types of thin cloth, cheesecloth will help you produce a ‘thicker’ and more consistent yogurt.

Here’s where the directions get different or, rather, here’s the extra step we were talking about: the straining process. 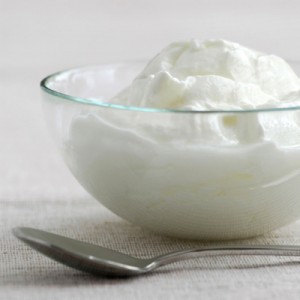 As you can see, Greek-style yogurt is just as easy to make at home as ‘regular’ yogurt. Although you do have to strain the yogurt for a few more hours, the end result is well worth the effort. Greek yogurt is a healthy snack since it’s low fat and you can easily combine it with fresh fruits. Thanks for reading about how to make Greek yogurt!

This VitaClay model also functions as a yogurt maker and is useful in making probiotic Greek yogurt or yogurt or yogurt cheese. It has a natural unglazed clay pot which cooks upto 4 times faster than a conventional slow cooker.
The food is simmered in its own juices and it preserves important nutrients, enzymes and vitamins.

It is a slow cooker, rice cooker, vegetable steamer and a yogurt maker.

END_OF_DOCUMENT_TOKEN_TO_BE_REPLACED

Dash has introduced Greek yogurt maker recently. Dash is made by Storebound based out of NYC. The technology in this machine is patented.

END_OF_DOCUMENT_TOKEN_TO_BE_REPLACED

How can you make thicker yogurts?

You should heat the milk and then cool it closer to 110 degree Fahrenheit. The lower you cool the milk, the thinner the yogurt will turn out to be. The heating is necessary to get the consistency right.